An elderly female Patient with Drum Distension and Edema - after 5 treatment have mark improvement to her condition. Patient use to come to the clinic in a wheel chair but on the sixth visit she walk under her own power.  The Edema of the lower limbs are now almost gone. Similarly, the distension of the abdominal has also disappeared.  She was diagnosed by me with  Kidney Deficiency with Predominance of Kidney Yang Deficiency and Liver Yin deficient with slight Internal Wind. Treatment Principle to Tonify/Nourish the Kidney, Nourish Liver Yin and eliminate Wind and Course the Liver.  Main points used:
needling 77.18, 77.19, 77.20, on the oppose side 88.09, 88.10, 88.11, SP-6, KID-3, KID-7, LR-3, LR-8 ; with magnetic pillets on CV-4, CV-12, CV-9, ST-25 bilaternal, ST-36, ST-37, ST-39, Ear Seed on Shenmen, Liver, Kidney,Stomach, Spleen. 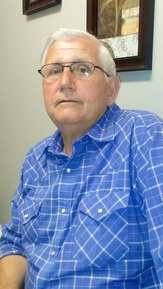 Gary Hoskins came to me through the advise of the Robbins sisters. Gary was injured badly about 16 years ago. He was suffering from severe knee and hip pain.  The injuries healed over time but he still suffer from severe pain in his hip area.  MRI do not find anything wrong.  He was prescribed Fentanyl to kill the pain.  It only covers the pain and it come with some side effect. He live with this pain and side effect for 16 years.  On the first visit, I do not use any needle but did use auricular magnetic pellets.  Immediately he have relief. On the second visit(one week later),  Master Tung's Acupuncture point 33.12, GV-17 and a tender point on mid dorsum wrist was used. Did the some on the third.  On the third visit, he told me that he will go back the MD that prescribed the Fentanyl and ask be to be taken off Fantanyl gradually. On the fourth visit, he have no  pain but still was treated  with  33.12, 66.01, GV-17, reflect point on the heel for coccyx and ear seeds.  On the fifth visit, he was down to 50% of Fantanyl and have no pain. Treatment includes, 44.02, 44.03, Guciyi, Gucier, Gucisan.  On the sixth visit, he have pain in hip due to broken orthotic but after orthotic was replaced he was good again. Treatment includes, 44.02, 33.12.  On the seventh visit, he has no pain.  No needling was done but only ear seeds at the hip area. On the eighth visit, he was down to around 37% of Fantanyl and was having some withdraw symptoms.  Treatment includes, Sanchasan, sanchayi, ST-8, GV-20, GV-24, GB-15, and ear seed on mid-brain. The next time I saw him, he was fine again.  No treatment was done. He said that he will be down to 17% next week.  This was the last time I saw him.  Gary Hoskins has his live back. P.S After the above was written, Gary Hoskins did return after two week of absence for treatment of withdrew symptoms.
Symptoms includes, headaches, itching all over, pinches and warm burning sensation at the lower back area, and Insomnia.  He is down to 12 ug/h of Fentanyl. He has pale ,no coat, wet and orange sides, red tip tongue and his pulse was wiry.  Diagnosed him with Yang Deficiency and Liver Qi and Blood Deficiency.  Treatment Principle include calming the mind, move and nourishes Liver Blood and tonify Yang. Points use were LR-8, KID-3, KID-7, P-6, HT-7, CV-24, Master Tung 11.17, and TE-7.